What is it about Pukeko? 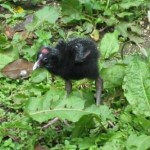 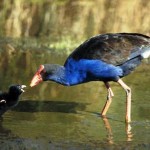 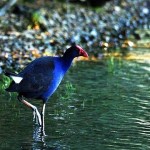 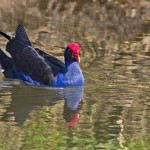 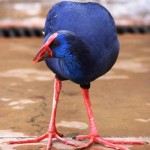 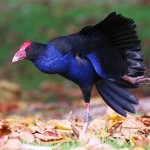 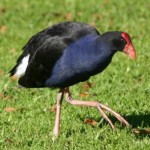 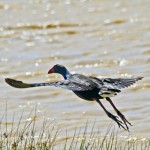 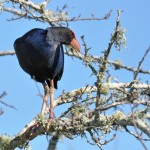 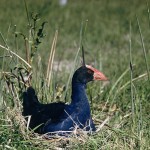 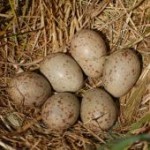 Read about the amazing Pukeko…. The Pukeko (the New Zealand swamp hen) is a common sight. It is one of the few native birds to have enjoyed the arrival of man and can be found in almost any grassland area, especially in  swampy locations. Groups of these quirky birds are seen foraging for food in road-side areas with bright blue plumage and red beaks, they easily stand out. They are loved by kiwis and visitors alike.

This amazing bird has the ability to adapt to its ever changing environment. It can run, swim and fly to hide from predators. They are omnivores, eating both plants and small animals. Plus there is safety in numbers and pukeko live in groups.

The pukeko is a deep almost iridescent indigo blue with a black head and upper-parts. The white undertail is flicked with every step. The bill and shield are scarlet, the eye red and the legs and feet are orange red. Pukeko are very vocal with a variety of calls. Territorial â€˜crowingâ€™ is the loudest and most frequently heard call. A variety of contact calls including â€˜â€™nâ€™yipâ€™, â€˜hiccupâ€™ and â€˜squawkâ€™ are used between adults, and between adults and chicks. The defence call is a loud, shrill screech used when a harrier is nearby. A similar, but deeper and hoarser, call is made during aggressive interactions between individuals. A soft nasal drone is performed during copulation runs.

Pukeko are commonly seen foraging in paddocks and along roadsides. When disturbed, they prefer to run or hide rather than fly, but once airborne, they are capable fliers and can fly long distances (e.g. to offshore islands). Despite not having webbed feet, they are also strong swimmers.

These birds mainly feed on swamp and pasture vegetation. Also insects, spiders, frogs, small birds and eggs. Shoots are held in the foot like a parrot and stripped or macerated by the powerful bill.

Pukeko are really unusual birds because often six or seven will share the same nest and several females might lay their eggs there during the same breeding season. All the adult birds in the nest share the chore of sitting on the eggs. The males usually sit on the eggs at night, and when the chicks hatch all the adult birds share the care and the feeding of them. If danger strikes they can band together to frighten the intruder off.